Because I love hardcore(hardcore-punk that is) I recently started reading “Burning Fight: The Nineties Hardcore Revolution in Ethics, Politics, Spirit and Sound.” The book is made up of interview with members of various nineties hardcore bands which made an impact at the time and also on what hardcore developed into afterwards. It’s definitely a worthy read for anyone who loves hardcore and hardcore history.

The reason I bring it up here is because for anyone who knows, and for everyone who didn’t know till now, hardcore-punk has been dominated mainly by white middle-class(ish) boys .

This has inspired many discussions, debates, fights, lyrics, crews, etc.

So below I share a few quotes from a section on Gender and Sexuality in the book.

I’ve chosen only some of them, which were of interest to me, but also diverse. They’re just a few and I type them in their entirety because they make up part of someone’s story and I don’t want to edit that any further than the context already has.

Daisy Rooks (Chicks Up Front crew): I noticed that as it got toward the mid-nineties it was sort of in vogue in the straight edge scene to at least pretend you were down with feminism or choice issues regarding abortion. People gave lip service to it, which was good because men were talking about these issues, but in terms of overall core behavior I didn’t see a lot of change during my time in the scene.

Jen Angel (Fucktooth Fanzine, Clamor Magazine): For a large part the level of sexism depended on where you lived. I felt that there were real regional differences in how communities were comprised. Where I lived in Ohio, there were women in the scene, but only a few were really active in bands or writing zines. A lot of them just went to shows and hung out, and that was cool, too. I was fortunate to have a few really good female friends, and I was really influenced by female-made zines like Slug and Lettuce, Cooties, and a ton more. I did feel like it was a boys’ club, but I also felt that I could assert myself if i wanted to, though that was difficult. I remember there was a lot of discussion around competition among women in the scene and I definitely felt that, which may have been real or perceived. I felt that it made it difficult for me to really make strong friendships with women, with a few exceptions, and I had to work to overcome that so I could build new relationships with amazing women and not feel threatened by them.

Sean Capone: I think the homophobia in hardcore was a simple, uncreative, “don’t drop the soap” style homophobia. A queer in the pit was a threat to the normative sublimation of hetero-male aggression that can only come from physical contact with another man. People took my arrival with a certain grain of salt. It’s not like “queer-edge” was some movement dying to be born. Why the lack of discussion? Well, straight guys will begrudgingly accept feminism in their scene; after all, it’s their sex lives on the line at the end of the day. But there’s no real personal stake in having to accept gays, I guess, which may be a bit reductive, but I was astonished at the appalling credulity of people in the face of blatantly untrue rumors and calumny. I’ll be honest, I wasn’t out to start a sexual revolution within hardcore [Positron Fanzine], I just wanted to have fun and annoy some people, which I did, and find some boys to date, which I was less successful at.

Chris Boarts-Larson: Homophobia was even worse than racism as an underlying issue that was ingrained into people – whether from family or society – that was in turn mimicked in the scene. I think it was very hard for people to be “out” in the late-eighties and that in the early-nineties it di become a hot topic and it was a very positive thing. For me it went hand in hand with gender, sexism, racism – all of them were bad and it was important ot educate people about [them]. Homosexuality and homophobia were one of hte biggest otpics of hte time period of the early-nineties at ABC No Rio. Mike Bullshit, who was one of hte people organizing the initial hardcore matinee at ABC No Rio, was gay, adn he felt very ostracized in the NYC hardcore scene. I think that he was in the closet for a very long time, and finally around this time came out and it was therefore one of the essential foundation issues of the time and place. If you couldn’t deal with it, esentially you weren’t welcome at ABC. I have tons of respect for Mike for what he did at this time, I really can’t begin to say I know anythign what about he went through, but i know it was hard and putting yourself out there like that is hard and he caught a lot of shit, even amongst those who should have been and were expected to be more understanding. But it definitely opened up a door for a lot of other people to talk about their own experiences and feelings and I know that a lot of other people also came out aruond that time.

Are women really more talkative than men?
Some scientific data based on a quick experiment that bears on the question, and the answer turned out to be “no”.

FRIDA | The Young Feminist Fund mobilizes resources, funds and strengthens the participation and leadership of young feminist activists globally. The goal of The Young Feminist Fund (FRIDA) is to provide accessible, strategic and responsive funding for young feminist-led initiatives, and to strengthen the capacity of young feminist organizations to both leverage their own resources and increase their social change impact. FRIDA invites applications from groups led by young women and transgender youth under 30 years of age for grants of up to USD 5,000. 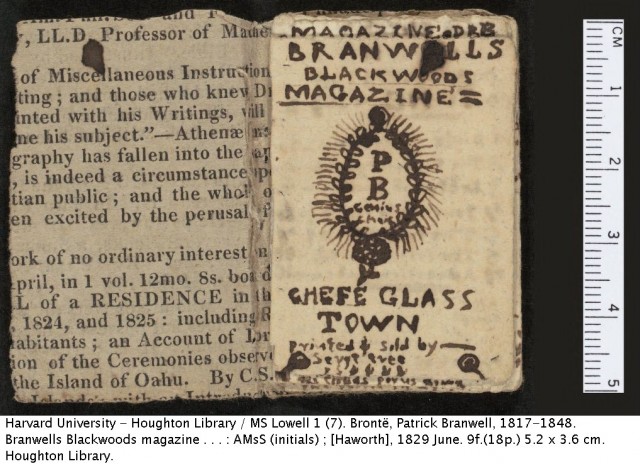 In the heyday of the second women’s movement, feminist utopias and strategies for a world without patriarchy were the stuff of lively debate and defined different kinds of feminist politics and theory. In the grey light of 2011 – the darkness before the dawn? – is it still possible to imagine a post-patriarchal society? Can we imagine what kinds of feminist revolution or transformation might make this possible? And what sorts of everyday collective practice can social movements engage in to bring such a future closer?

Interface: a journal for and about social movements < +http://interfacejournal.net> is produced by activists with an eye to theory and social movement researchers as a practitioner journal for people engaged in or studying the practice of social movement, and aiming to stimulate discussion and learning between people in different regions and continents, different
political situations and theoretical traditions, and different movement contexts. After issues on movement knowledge, civil society, revolutions, activist media and repression, we are now working on an issue devoted to feminism, women’s movements and women in movement.

END_OF_DOCUMENT_TOKEN_TO_BE_REPLACED

Voltairine de Cleyre was an Anarchist thinker, lecturer, and writer. A contemporary of Emma Goldman’s, she was known for her strength of will and commitment to the power of the individual.

[“The Voltairine de Cleyre Reader” available in the FIA library]

Riot Grrrl roared into the spotlight in 1991: an uncompromising movement of pissed-off girls with no patience for sexism and no intention of keeping quiet. Young women everywhere were realizing that the equality they’d been promised was still elusive, and a newly resurgent right wing was turning feminism into the ultimate dirty word. In response, thousands of riot grrrls published zines, founded local groups, and organized national conventions, while fiercely prophetic punk bands such as Bratmobile, Heavens to Betsy, Huggy Bear, and Bikini Kill helped spread the word across the US and to Canada, Europe, and beyond.

Girls to the Front, the first-ever history of Riot Grrrl, is a lyrical, punk-infused narrative about a group of extraordinary young women coming of age angrily, collectively, and publicly. A dynamic chronicle not just of a movement but of an era, this is the story of a time when America thought young people were apathetic and feminism was dead, but a generation of noisy girls rose up to prove everybody wrong.

more about the book here: http://www.girlstothefront.com/

I just found out about this initiative and wanted to mention them in here for all who are interested.

it’s been some time now, but in january i read a post here that made reference to yet another blog post here…

to be less mysterious, the whole discussion arose when Clay Shirky wrote a rant about women not being self-promoting, arrogant or jerky enough in pretty much those exact words.

this isn’t a new topic for anyone who’s thought about the way they view themselves, about the way children are socialized, etc. nonetheless quite a few interesting more or less formal texts were written as a result of this spark.

i first read about it here
http://gabriellacoleman.org/blog/?p=1878

a rant about socialization @salon.com
http://www.salon.com/life/broadsheet/feature/2010/01/19/shirky_rant

Glamour Magazine, a relatively mainstream women’s publication recently published an article on the experiences of one transgender person… Just Another Girl (Who Used to Be a Boy) http://www.glamour.com/sex-love-life/2010/04/just-another-girl-who-used-to-be-a-boy. While the article offers a rather positive perspective on the struggles of transgender people, it is nonetheless a step that at least some in the transgender community appreciated, when the level of violence and discrimination against transgender people remains high, and sometimes seems to be increasing.

For something far more lighthearted, an interview with Ellen Page about abortion, roller-derby and many things in between. http://www.guardian.co.uk/theobserver/2010/apr/04/ellen-page-interview